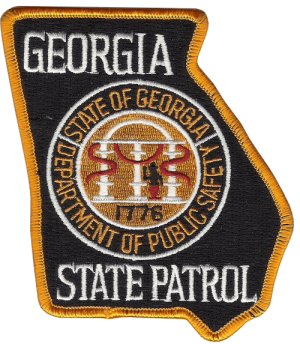 Willard was born in Sparta, GA to the late Ostell Askew and the late Gladys Raley Askew. He grew up on a cotton farm in Hancock County and graduated from Sparta High School where he was very active playing football, baseball and basketball. Following graduation, he served four years in the U. S. Air Force. He studied at Northwestern University Traffic Institute and received a degree in Traffic Police Administration. He received an Associates degree from DeKalb Community College, as well as a Bachelor of Science degree from Georgia State University and was a gradute of the prestigious FBI National Academy in Quantico, VA. Willard made his career with the Georgia State Patrol and retired as the Post Commander in Thomson in 1995 with 33 years of service. Shortly after his retirement he served as the Chief of Police for the City of Harlem.

He and his wife enjoyed camping and spent several years traveling the United States. They visited every state except Hawaii. Willard was a member of Thomson First United Methodist Church.

In addition to his parents, he was preceded in death by his brother, Ray Askew.

A private graveside service will be held Wednesday, April 1, 2020 at the Culverton Cemetery in Hancock County.

Due to the current National State of Emergency the family would appreciate any phone calls, emails, cards and text messages during this time. A celebration of life service will be held at a later date.

In lieu of flowers, memorials may be made to the Alzhemier’s Association, 106 SRP Dr. Evans, GA 30809 or Thomson First United Methodist Church 353 Main Street Thomson, GA 30824.

To send flowers to the family or plant a tree in memory of Willard Ostell Askew, Sr., please visit our floral store.

You can still show your support by sending flowers directly to the family, or by planting a memorial tree in the memory of Willard Ostell Askew, Sr.
Share a memory
© 2020 Beggs Funeral Home. All Rights Reserved. Funeral Home website by CFS & TA