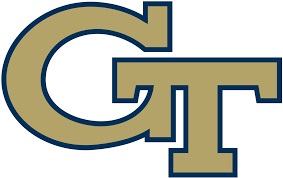 Funeral services will be held on Thursday, May 26, 2022 at 2pm at Hephzibah Baptist Church. Interment will follow at Double Branches Baptist Cemetery.The family will receive friends on Wednesday from 6pm until 9pm at the funeral home.

Walker was born on April 29, 1992 in Augusta, grew up in Lincolnton where he joined Double Branches Baptist Church at an early age and graduated from LCHS in 2010. For a few years, he had been employed by Gerald Jones Audi as in service and parts salesman. Currently, he was employed by Augusta National as a groundsman which gave him the opportunity to live any golf fan’s dream of getting paid to spend every workday on that great course that the Masters is played each year. In addition to the Masters, he enjoyed the game of Soccer and recently served as the Briarwood Academy Soccer Coach.

He will be greatly missed by his wife, Haleigh K. Smith; his son that he absolutely adored, Grayson Haze Smith; his soon to be born daughter, Madilynn Claire Smith; parents, Elliott and Candy Clark Smith of Lincolnton; father-in-law and mother-in- law, Tim and Holly Barton of Aiken; brothers, Ross Smith and wife, Lauren of Lincolnton; Gideon Smith of Augusta; brother-in-law, Drew Wallace of Augusta; sister-in-law, Abi Grace Newsome, Aiken; grandmothers, Sandra P. Clark and Sara Lieb both of Lincolnton. He was preceded in death by his brother Jedidiah Smith.

To send flowers to the family or plant a tree in memory of Walker Smith, please visit our floral store.