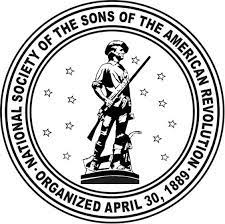 Mr. John Milton Broome of Tignall Rd., Washington, Ga. entered into rest on Sunday, December 13, 2020 at University Hospital Summerville. He would have been 79 years old in January.

Funeral services will be held on Thursday, December 17, 2020 at 2 p.m. at Tabor Baptist Church, 1219 Delhi Rd., Tignall, Ga. Interment will follow in the church cemetery. At Mr. Broome’s request, a visitation will be held at Tabor Baptist Church on Wednesday evening from 6pm until 8 pm. For those who can't make the visitation, his body will lie in state one hour prior to the funeral on Thursday.

Mr. Broome, a lifelong resident of Wilkes County, was one of eight sons and a daughter, born to the late John Lawrence and Selma Graves Broome. Their home, which was in Wilkes County, was very near the Amity Community of Lincoln County. He graduated from Washington-Wilkes High School in 1960 and married the former Jeanette Freeman on April 19, 1963. In 1968, he went to work with Independent Life which became American General before he retired in 2001 as district general manager. He was the first agent to have his picture on the January 1971 company magazine ‘The Field News’ for not having a week of decrease since joining the company.  He qualified for sales conventions throughout the U.S., Canada, and Puerto Rico that he and his wife enjoyed together.

After retirement he and his wife continued to enjoy traveling especially to Ireland for their 50th anniversary.

In every endeavor he was involved in, he gave it his all. To mention a few, they include serving as Sunday School Superintendent and Deacon of Tabor Baptist for 55 years, a part of which serving as Chairman of Deacons for the past six years. He was so proud of Tabor Church and most recently of the completely remodeled fellowship hall. The remodel was done by his sons. He had been a Gideon since 1985 and was currently serving as President of the Wilkes Lincoln Camp and Central East Faith Fund Regional Program Leader.

In addition to his parents, he was preceded in death by his siblings, Doris B. Nash, Lawrence Broome, Harold Broome, Charles Broome, and Gene Broome.

To send flowers to the family or plant a tree in memory of J. Milton Broome, please visit our floral store.